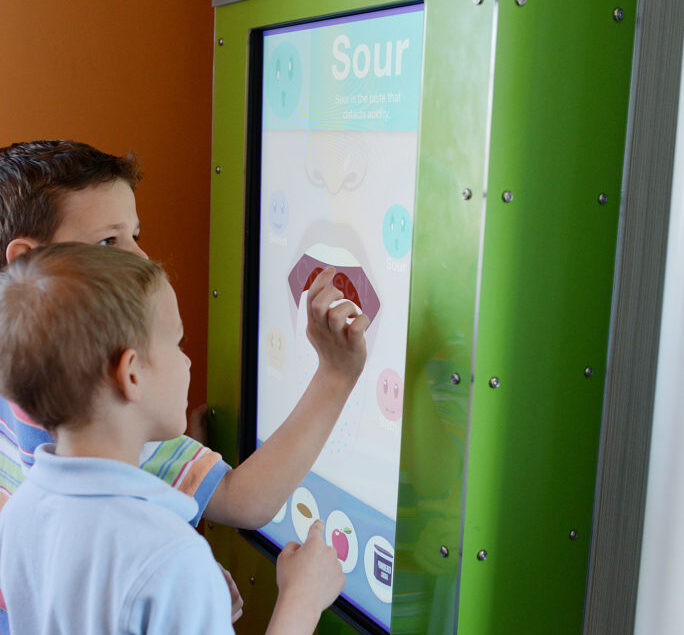 Taste Test was an interactive touchscreen exhibit that myself and a team of Maryville interactive design students designed as a class project collaboration with The Magic House Children’s Museum in Kirkwood, MO.

As part of the assignment, we designed a game that would live on a touch screen monitor in a new permanent exhibit at The Magic House dubbed “Exploring the 5 Senses.” The class was split into two teams and we each presented a different design concept to The Magic House. Our concept was the one chosen, and it later was built by The Magic House’s internal dev team. Before it went live, The Magic House contracted me to expand the food icon set from the pitch into a full set.

Before starting on our design concepts, we went to the magic house on a field trip to study the way kids were interacting with the existing exhibits and came up with the following :

Simply drag a food icon onto the highlighted drop zone on the tongue to reveal that food’s taste. We thought this was an interaction that was simple enough that kids could walk by on their way to the ball pit, drag a food and receive validation for their action.

Tap the (+) icons on the tongue and nose to learn more about the science behind why we’re able to taste foods. These touch points were purposely placed higher up the screen because we figured taller users would be more willing to explore the experience and more capable of comprehending the information they uncover.